Why do we love romantic comedies so much?

I was once asked to teach a film class and when I demurred that I had no experience either in teaching or in film discussion or in coherent sequential conversation, the woman ignored me because I had used the word ‘discernment.’ I had said, "Even though I work for a film festival, I have no discernment when it comes to film.  I tend to like the most sophomoric junk."  She said, “If you can use the word ‘discernment’ you’ll do fine.”  That night my left brain said:  If you used the word neuroplasticity would you perform brain surgery? Run.  Run like the wind. 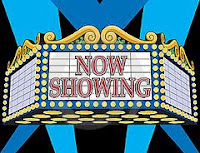 Never one to shy away from a death defying challenge  (and also full of myself at the idea of being a teacher) I went to my first class.  The students were college educated adults who had been going to films and loving films their whole lives and knew everything there was to know about film as opposed to myself who didn’t know anything including how to say NO or not to jump off of a tall building because my crazy friend jumped off a tall building.

It was a two-hour class.  In that first terrifying moment I was catatonic but my adrenalin began to talk for me.  “Hi, I’m Consuelo.  I don’t know anything about film or teaching but I know something about human nature.”  Apparently the truth can be amusing and everyone laughed and many of them said, “Hi, Consuelo. Welcome.”
Then my adrenalin who was doing all the talking asked: “Why do we love romantic comedies so much?  Why are we willing to suspend our disbelief for the sappiest happy ending?” Inexplicably, the students began to answer with very good suggestions. There was a big clock on the wall.  I thought I had been there for a week but only ten minutes had passed.  I could begin to feel the trickle of fear-sweat down my back.
There was a woman there with her doctor husband who had taken the course for fifteen years.  She was the leader of a contingent of upper echelon professionals who were all smart, rich and retired.  They had been doctors and lawyers and professors in their working life.  They were well-read and well-movied.  It was just a matter of minutes before they stormed out.  I continued to ask questions that they could answer and I gave them as much time as they wanted because the clock was just crawling along.  I survived that first night and assigned a film we could all see and discuss for the next class. I thought they would say something like:  "You can't tell us what to do," but they just wrote it down in their notebook.  Apparently I could tell the entire student body what to do and they would do it.
Each week I would assign a new film that was playing locally. I would go see the film, often in the afternoon, and take notes in the dark. My mind and body felt sorry for me and wanted to help me.  I dimly remembered that I had once taken a master class with Roger Ebert who taught by using almost every frame of Casablanca to explain why each scene was successful, necessary, pivotal or brilliant.  I dredged up everything Roger Ebert had said and used it shamelessly.I often went to the site Rotten Tomatoes to see what the review consensus was so I could agree or disagree.
I assigned eight films including Water, an Indian film, Superman Returns, a dumb American film that I told them was important  (it lost me two students,) a Swedish film that I don’t remember the name of, A Prairie Home Companion, a strange piece of work that had Lily Tomlin, Meryl Streep and Lindsey Lohan in it and they all sang. I found out a lot about myself in that class. First, I could bs my way through anything, second, even smart people will buy anything if you sell it with enough bs, third that I could bs my way through anything.  The woman who hired me sent me an e-mail note which I kept because it said: People have been calling to say you’re the best they’ve ever had in the way of a teacher for this course (including Hollis Alpert, then film critic for the New Yorker). They say you are the most interesting and well prepared of anyone.”
I bought all the accolades before realizing that she was setting me up for teaching the class again.   Even though my students were genial, willing and forgiving, they deserved better.  I was tired of tap dancing.  I said no.

Posted by Consuelo Saah Baehr at 5:12 AM