State of the Union according to Google

(On Friday, we will have a new president.  Decided this might be a good time to repost this entry from 2013) 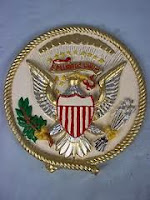 Google knows how the citizens are doing.  It has saved all our questions, all our searches, all our subjects and sub categories, We only have to prompt it with a word or two and it shows us where we have been, where we are and where we need to go.

My job is:
boring
killing me
sucks
makes me depressed

My husband:
is gay
got a family
cheated on me
Betty
is mean
hit me
hates his job

I lie:
about everything
too much
all the time
to myself

My house is:
on fire
making me sick
in foreclosure

I’m happiest when:
never
Happiness is:
camping
a choice
like a butterfly

My health is:
declining
deteriorating
better in November
not good
going down fast
getting worse

Government is:
corrupt
killing us
watching us
lying to us

How do I:
put this gently
get pinkeye

God bless you all and God bless America
Posted by Consuelo Saah Baehr at 6:12 AM 1 comment:

Email ThisBlogThis!Share to TwitterShare to FacebookShare to Pinterest
Labels: google, humor, politics, state of the union

The ruinous price of pettiness.

I had a friend who was a famous writer at the height of his fame. He told me that instead of enjoying his success he was in “thought purgatory” over something his roommate was doing.

“What could that possibly be to distract you from all the fun?”

“He doesn’t buy any bar soap for the shower?”

“He uses my bar of soap all of the time and never replaces it?”

“Why don’t you take your soap with you.  They sell those covered soap dishes.  I had one in boarding school.”

“I want to see how long it will be before he notices and buys a new bar. God help me, I want to escalate the problem.”

“Suppose you just let the bar get smaller and smaller until it is gone.”

“I’ve tried that.  At the end it was just a millimeter before it dissolved. I went without soap washing for a week."
“What did he do?”

“He went merrily along the same way and the operative word here is “merrily” because while I was being consumed with only one thought – driven by one idea amid all the good news that was pouring in to my voicemail and e-mail, he was blithe as a toddler in a field of daisies.”

“Why didn’t you Just ask him to buy some soap?" My friend looked at me as if I had an IQ of 20.  His voice rose a few decibels.

“I would be discovered as a petty miser who is squabbling over a 79 cent bar of soap.”

“By whom? The thoughtless roommate?  You are assuming his thoughts are all lofty.  Climate change.  Religion and ethics. You already have a mixed opinion of him so why worry?  And by the way, why label your request as petty or miserly and why label a simple request as a squabble?”

My friend, a brilliant writer, stopped talking and remained quiet for several seconds. Several seconds in conversations feels like a very long time.  Finally, he said.  “You are right on every level.  I will tell him tonight that we’re out of shower soap and please pick up a few bars.”

"Your own secrets sucked out of you..."

I wonder which is preferable, to walk around all your life swollen up with your own secrets until you burst from the pressure of them, or to have them sucked out of you, every paragraph, every sentence, every word of them, so at the end you're depleted of all that was once as precious to you as hoarded gold, as close to you as your skin - everything that was of the deepest importance to you, everything that made you cringe and wish to conceal, everything that belonged to you alone - and must spend the rest of your days like an empty sack flapping in the wind, an empty sack branded with a bright fluorescent label so that everyone will know what sort of secrets used to be inside you?  This is from Margaret Atwood

Really?  On first reading I love the idea of this quote but then...?   I'd love to have all my secrets sucked out of me.  Secrets are not all that precious.  The stuff I wished to conceal when I was trying to make my way, I gladly reveal now.   I like to sit around.  I'm an emotional eater.  I am not against lying although I'm recently adverse to stealing.  I have intimacy problems. I'm full of shame sometimes.  Every successful social encounter leaves me feeling filthy. Yes, filthy.  I still talk too much.  So what?   'So what' to everything. I call it my "so what" cure.
There are still scenes from the past that make me cringe. Cringe as in hunching my shoulders inward and turning to confront myself.  When I write that sentence the scenes become insignificant.  I call this my "state exactly what is troubling you and it will diminish" cure.
The things that are precious to me, images that I remember with a full heart are not secrets at all.  They are small ephemeral moments that catch someone close to me stunned by life.  Yes, life can stun you, good or bad.  In that moment, there are no secrets - just you and the thing itself.  And you can recover. You can recover from almost anything.
I recently saw The Master, and the best scene in that movie is when Phillip Seymour Hoffman sits very close to Joaquin Phoenix and asks him the sort of questions that I wish someone would ask me.
What is the most important thing in your life?  What do you wish would happen more than anything in the world?  What makes you most afraid?

The answers are not the answers of old: children, health, accidents.
The most important thing in my life is the ability to keep on going.  More than anything in the world I wish to know myself better.  I am most afraid of fulfilling my childhood dreams.

Posted by Consuelo Saah Baehr at 1:39 PM No comments: