RELEASING THE KRAKEN. HOLY! WHAT?

I’ve learned a lot of new words during the pandemic.   In a thundering moment of poetic vigor the government has created these soulful phrases. Here is what I thought they meant and what the government tells me they mean.

Me:  this is a variation of Musical Chairs. If you are out and there is an earthquake or you see a tornado coming, or you come upon a turf war  shoot-out, each person runs  into the nearest house and hides in the coat closet. 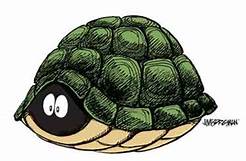 The govt.  From now until forever, you have to stay inside your own  house and everyone who lives with you has to stay there, too.  You have to do this every day, all day, all night, even week-ends.  After a few days, you will have a disturbing understanding of what you’ve settled for in life but was too busy to acknowledge.  The guy at the liquor store doesn’t have to stay home. They call him an essential worker.  He delivers.

Me:  A needlessly formal way of saying you’re going to take a bath and then get out of the tub.

Me: I thought this meant you weren’t sure if the salmon you bought yesterday smelled fishy or it was just – you know – salmon.

The govt: Food insecure is when you lost your job because your company had to shut down and you still had some food but worried that when the food you had ran out you didn’t have the money to buy more food.  Then you found out that you could get free food but the lines were so long you worried there wouldn’t be any food left when you got to the head of the line.

Out of an abundance of caution:

Me: When I heard this I thought the networks were cancelling all sit coms where the husbands were stupid and the wives were in permanent side-eye mode and the kids were insolent and obnoxious.

The networks:   This peculiar phrase was something the networks said all day long as an explanation of why their programming was all whacky and we were getting the news from Gayle King’s den or Maurice du Bois’ basement.

Me: This definitely reminded me of all my worst psychological problems where I had a litany of social gatherings that made me uncomfortable to the point of scratching my skin into tatters:  cocktail parties, New Year’s Eve parties, picnics, shopping with other people, barbecues, baby showers, bridal showers, going away parties, shaking hands in church.  Anything and everything where you have to engage with other people.

The govt: To my surprise and delight, social distancing means all humans have to stay at least six feet apart.  As one of my smart alecky children says, “social distancing and sheltering in place are just another Tuesday for my mother.”

In the last two days I’ve heard a phrase that is so wild and wooly and promising of absolute chaos that I had to go back to this blog after many months of silence and make sure you have heard it, too.  That lady lawyer who looks like my Aunt Georgette said she is soon going to “RELEASE THE KRAKEN”. HOLY! WHAT???  It sounds like all hell will break loose (another interesting phrase because you’d think hell couldn’t really break loose because it is mired in some gunk way down. Down.

I began to imagine what Releasing the Kraken might mean. It sounds like a good snack like pretzel bagels.  By the way, pretzel bagels aren’t that great.

Releasing the Kraken might mean letting some wild bird out of a cage.  Or maybe it’s releasing all those industrious people that “got cracking,”  Telling them to stop being so darn industrious and go home.

According to the Urban Dictionary where the young uns go to find out stuff, Release the Kraken means: we are at the end of our rope and now we are going to kick your ass from here to New Jersey.

So there you have it.  Poetic language to describe a power grab by politicians we wouldn’t even invite to dinner.  We learned far. too much about Nancy Pelosi’s freezer and her hair beautification. Andrew Cuomo had a soothing winning style early on but is getting cranky.  Mark Zuckerberg drinks water like a little bird. What’s to become of us?   I don’t know.  For me, it’s just another Tuesday.

(this is not meant to promote any political point of view.  Just going for a bit of humor)

Posted by Consuelo Saah Baehr at 11:25 AM