Be Kind To Your Openings

When my children were young, I made up a song for them.  Be Kind To Your Openings. We all have openings. Most of those openings need to be free, unobstructed, open to the world, ready to take in information.  At the southernmost end, some  of those openings, at the mercy of gravity, urges, and quixotic storage, need to be covered, protected, comforted shielded and contained.  Containment is the most important. 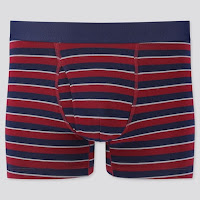 That established, let’s talk about underwear.  I was once a copywriter for a large department store chain and part of my job was to sell underpants.  Here is what I would say today about men’s underpants.

Consider the flat two inch elasticized waistband with stable reliable stretch that never gives up. The body well-cut from 16 ounce pima cotton jersey that yields pleasantly to the shape at hand.  The generous wide crotch contains, comforts and ensures security with a seamless return that spills over and hugs the upper thigh, leaving nary a gap.  No wonder men go into the world with a dance in their step. They feel secure, contained, invincible.

This is what I would say about women’s underwear: 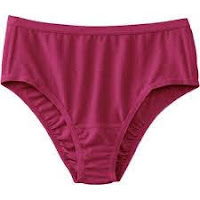 See this thin string of rubberized material indenting the female waist or worse, quickly losing its elasticity.   See this high cut leg leaving a highway that exposes the vulnerable groin. See the almost see through unyielding five ounce (possibly reclaimed) cotton that orders the buttocks to make do with the available coverage. See the elasticized crotch miserly in width, spitefully narrow, See these  three important most hard working openings, misunderstood, tentative, uncertain.The southernmost platform, exposed, unsteady, not quite contained, nervously poised on the edge of a cliff.

I went to T J Max and stood before the men’s underwear wall where a feast of life changing containment and comfort awaited.  I unseated a pair of short-leg boxer briefs from a hook. They were dark grey 30” waist, 100 percent silky jersey cotton.  I took the briefs home.  Almost fainting with trepidation over any latent gender misclassification, I put the underwear on.  OH. MY. GOD!  THE MORMON TABERNACLE CHOIR BEGAN TO BELT OUT SEVERAL HALLELUJAHS.  Whuk? Is this how men feel?

Remember that lady marathoner who had to free-bleed while she ran the marathon? Her period had arrived at the starting line.  Unwittingly, she became a champion for women’s final frontier of defiance.  Stuff  comes out of us without our will.  That’s what happens.  Get comfortable with it.  Moreover, we have a delivery system that is not as precise or tractable as the other gender..  We didn’t choose it.  That’s the way it was meted out.  Childbirth takes it down a couple of notches. We deserve equal pay and equal underwear.

BE KIND TO YOUR OPENINGS.