The dark side or why can't I stop eating?

I would divide the world into two kinds of people.  Those who think about food and three square meals as a bible of living.

Those who don’t consider food thoughts as a top three daily enterprise - like sleeping or breathing or watching “My teen is pregnant and so am I.”

People who are meal traditionalists parse their day into - breakfast, lunch and dinner.  They ask food questions. “Have you had lunch yet?” “What are you going to do about dinner?”

For a non-foodie, they might as well ask, “What are you going to do about your pancreas?” that’s how improbable it is they would have an answer.

The foodies make social interaction and eating an inseparable duo.  “Let’s have lunch,” is the default for visiting with another.
The non-foodie likes to invoke the 19th century.  People came over in the afternoon with a calling card.   They sat in the parlor and had tea or lemonade.  They snooped to see if the Mrs. had better stuff.   On the bottom of wedding announcement it said, “at home, 1217 Park Avenue” (my first married address). That was a way of saying “Come on over with your crazy calling card and check it out.” You were served tea and maybe a cookie.

Some foodies live on the dark side.  They don’t think about three meals a day because their day is one continuous snack.  They have no time frame or they are done with the idea that because of some horrid societal trick they must have an interval between meals. 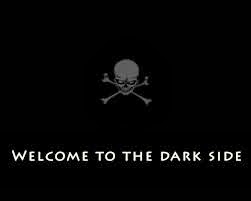 Non-foodies are worn down by the relentlessness of the food hunt.  Yes, we’re still hunting only now it’s called Whole Foods or Trader Joe’s or The Food Emporium instead of the frozen tundra.

What do they mean by burden? You know, something heavy tied around your neck and around your brain that you can’t put down.


The non-foodies are resentful because they are considered the odd ones.  Are you in love with walking down that supermarket aisle and staring at the row of red meats some of which have bled through their wrappings? Or the frozen breaded nuggets? Or the packaged bread that promises 84 Grains but is only playing with you.

If you ever want to cry for humanity enter any supermarket and walk down the packaged pudding aisle.

No one starts out as a foodie.  Most children dread the dinner table where they are exhorted to eat huge mounds of stuff that two crazy big people have put on their plates.

Foodies will spend an entire Saturday making a Ginger Bread House out of (yes) ginger bread.
Let's not forget that Hansel and Gretel were fattened for the kill in just such a house.

An interesting new wrinkle for foodies are the relentless stream of cooking shows that are leaching  the cooking need out of them while still maintaining the entertainment value.  I watch an episode of the Barefoot Contessa, enjoy the visuals and I’m satisfied to lunch on a peanut butter sandwich.

It's been a long winter and this is the best I could come up with for now.
Posted by Consuelo Saah Baehr at 5:35 AM