this kind of untainted emotional comfort makes my head swim. 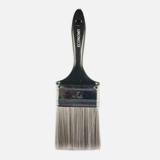 Two house painters entered my life last Thursday. They are careful and efficient and I'll continue to think about them after they leave.  I will pass the windows and doors that they’ve painted and feel satisfied. Tom, the head of the outfit starts telling me that he likes to read biographies and he has read the biographies of Jackie Gleason, Frank Sinatra and Jerry Lewis.  The Jerry Lewis biography, he says, was written by Jerry’s first wife Patty.  He says, “I like tangible.  I like to hold the book.”

Tom shares tidbits from the biographies:  Gleason was not that nice. If you crossed Sinatra he would get revenge. The way Dean Martin’s son died, crashing into the mountain, was also the way Dolly Sinatra, Frank’s mother, died. Her plane crashed into the same mountain.   We all agree enthusiastically that Dean Martin was one of our favorites.  After a pause, the second painter, Joe,  tells us that one of his relatives had been Captain Kangaroo’s secretary and that she made good money.  We all try to remember Captain Kangaroo’s real name.

Joe is one of seven children and his father had been a steam fitter. “My father was a smart man”, he said, “and he worked hard.”  Joe, who lives with one of his brothers, is going to his sister’s house for Thanksgiving.  He and his brother are going to rent a car and drive down.   He said two of his sisters live next to each other in Gettysburg, Pennsylvania. The thought of this kind of untainted emotional comfort makes my head swim.

These two painters have known each other forty years.   They work together without many words.  They stop to eat their sandwiches at 12:00 o’clock. Sometimes they don’t finish their sandwich and take it home to the dog.  The other morning, Joe said that after he ordered his tuna sandwich at the deli he had seen them carrying  in a freshly made meatloaf and he wished he had waited. Tom said, they could pick it up on the way home if he wanted. This morning, Tom, gave me half his breakfast sandwich.  He said he couldn’t finish it and he thought someone should eat it while it was still warm.  It was an egg with sausage and cheese on a soft roll.

Tom and Joe leave the radio on while they work except toward the end of the day when it gets very quiet.  All you hear is the occasional rasp of the sandpaper and the swish of a brush.

Sometimes, about an hour or two into the day, I stand on the ground while Tom is on a ladder and we talk more show business.  We talk about Ella Fitzgerald and Mel Tormé.  He says he really liked Tom Cruise in The Last Samurai.  We agree that even though Tom Cruise can act a little crazy we like him.  I am so happy that I can be sincere with the men and that I know all of their references.

On a trip inside the house for water, Joe tells me that his family moved to Long Island from Westchester after he was burned.  Then he tells me how badly he was burned and shows me the places where the grafts were placed.  He says he received the Last Rites and crosses himself twice.

When I’m inside, they look around my yard and at the neighboring houses. Tom tells me, “You’ve got a big pot of parsley growing, did you know?”  I didn’t.  “I’ll bring it in for you.”  And there it is, a big healthy pot of parsley that has self-seeded and grown silently.   I ate the big green leaves all day. “Look I spilled a drop of paint here but don’t worry,” he says when he’s ready to leave.  “I can pick it out with this tool when it dries.” It’s been a while since I’ve met people like this.

I think to myself, what is a better life than this? What is a better life than working with your friend of forty years and seeing that your work makes a difference at the end of the day? What is better than knowing you have survived a terrible event but look, you’re still here and you will be driving to your sister’s house with your brother for Thanksgiving dinner?  I would not mind if these two men came to my house all the time.  I like to hear them talking.  I like to talk to them.  I like to know what they are thinking and that everything is okay.
Posted by Consuelo Saah Baehr at 7:59 AM